What Can Fresno State Offer You? 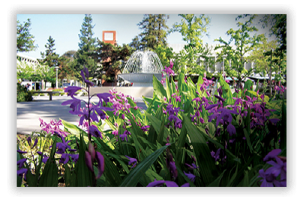 What are you looking for in a university? Academic reputation?  A vibrant student body? Networking opportunities with faculty and alumni? Whatever it is, odds are you’ll find it at California State University, Fresno.

As a candidate for the President’s Honors Scholarship in the Smittcamp Family Honors College, you may have certain predisposed beliefs about Fresno State and the California State University system as a whole. Maybe you’ve been led to believe that a CSU can’t offer you the level of education you’re seeking. Or perhaps someone has told you that receiving a degree from a CSU won’t impress on a resume.

We don’t subscribe to those beliefs, and neither do our students. The facts speak for themselves.

Why? Everyone has his or her own reason. For some, it is the four-year scholarship. Others like the small class sizes and collegial atmosphere. Or perhaps it is Fresno State’s notable faculty and nationally recognized programs.

On this page you’ll find just a few of the reasons you should choose Fresno State.

And once you’re done here, you might want to take a look at The Top 10 Things that Make Fresno State Unique.

As a leading campus in the California State University system, Fresno State offers many programs that rival or exceed what UC campuses and private institutions provide.